You are using an out of date browser. It may not display this or other websites correctly.
You should upgrade or use an alternative browser.
S

Matt (Ginja) was first up, had to beat 9.11 seconds of last year, shouldn't be a problem. 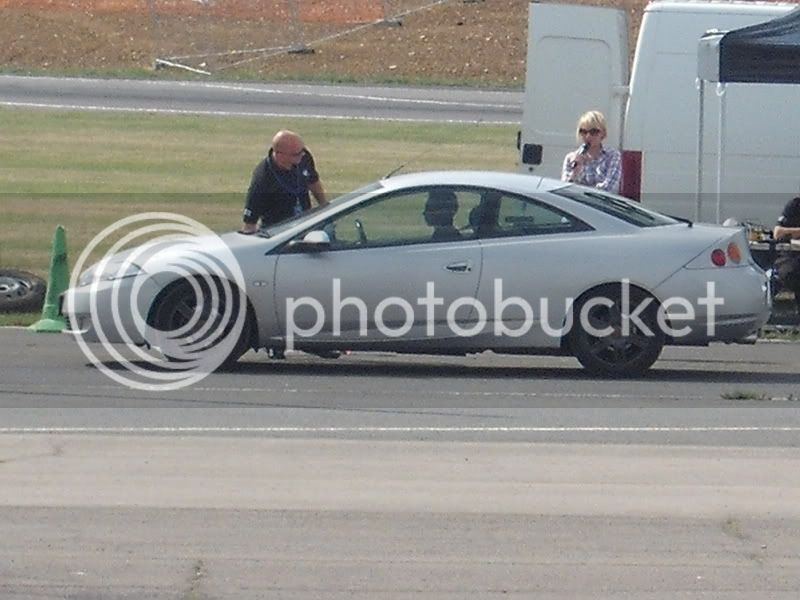 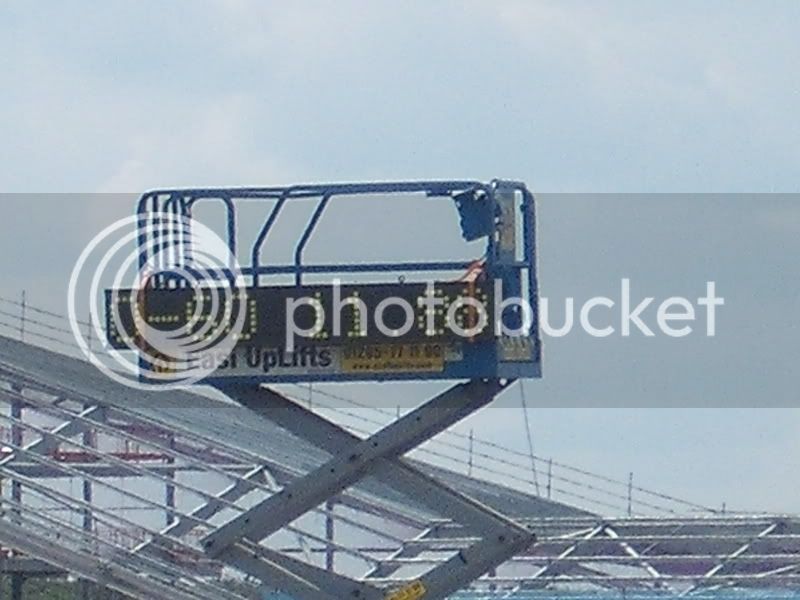 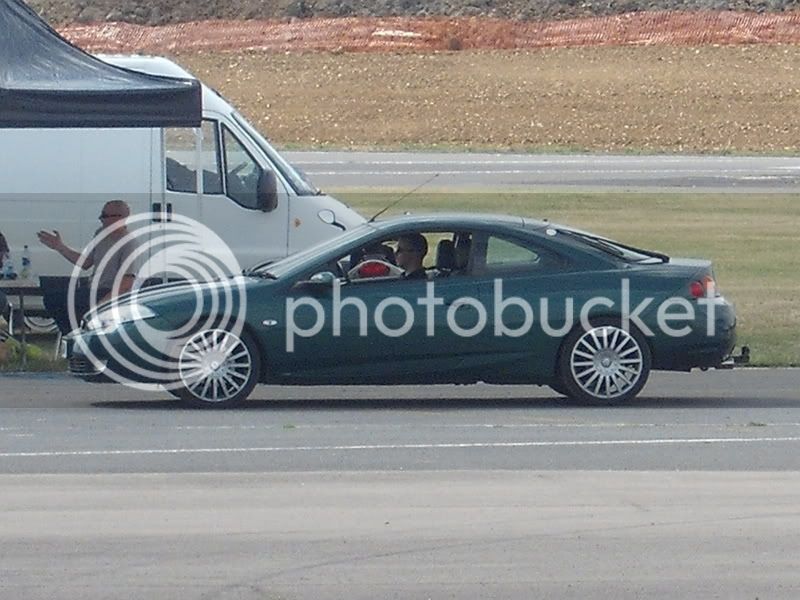 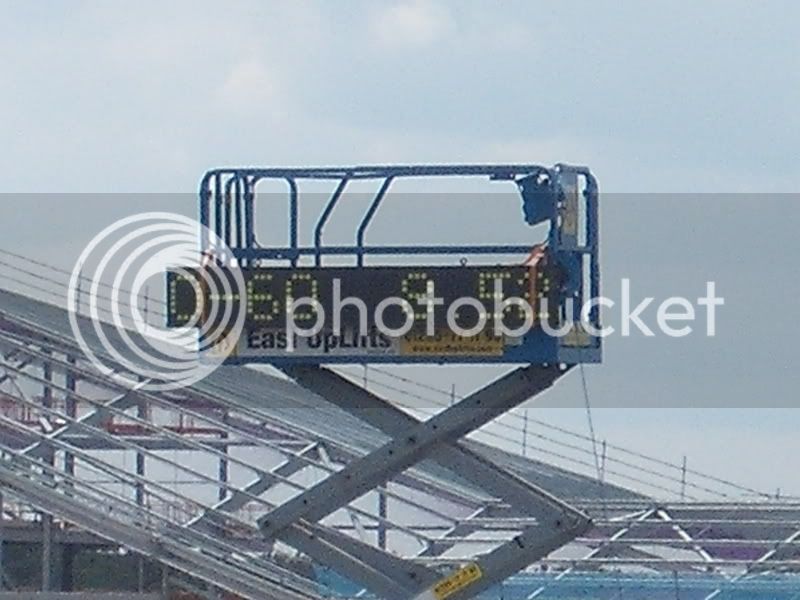 Then Paul (Procomm) had a go, wouldn't be quick with that wing would it? 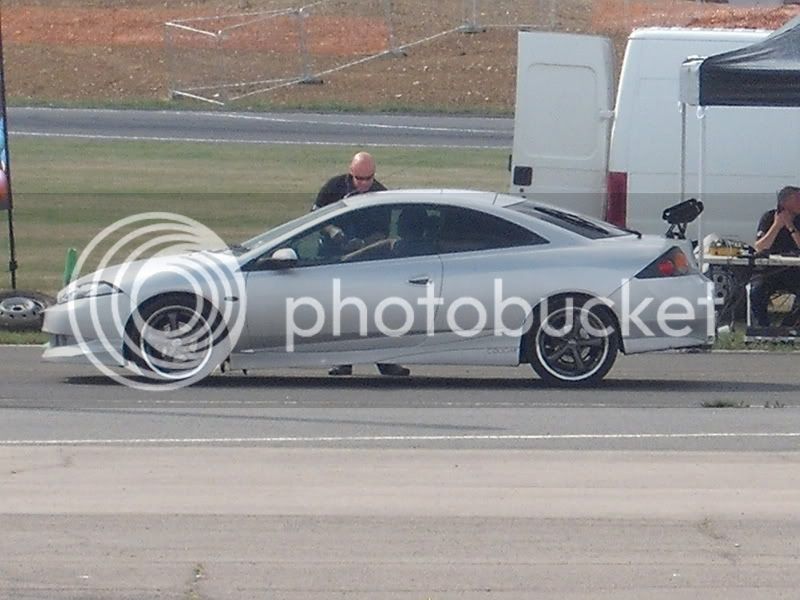 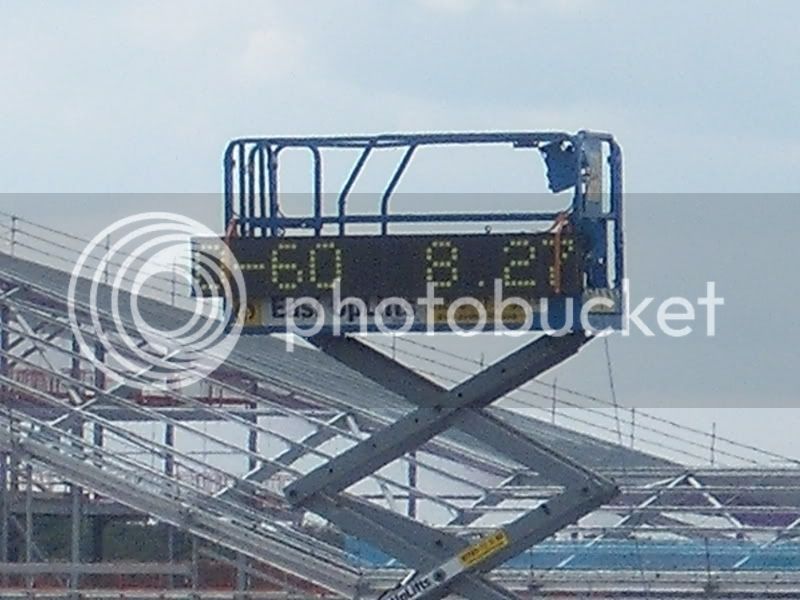 Tony (Topcat1127) and his LPG powered Cat, how would it fare? 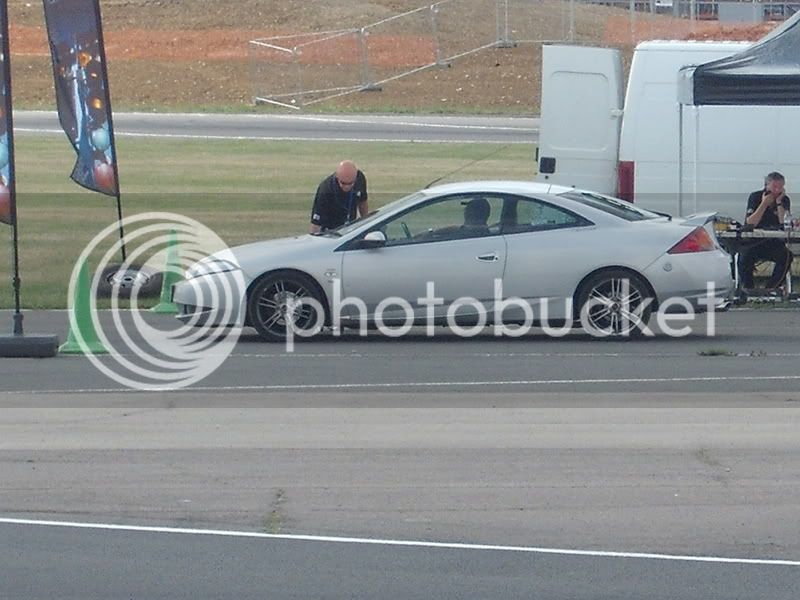 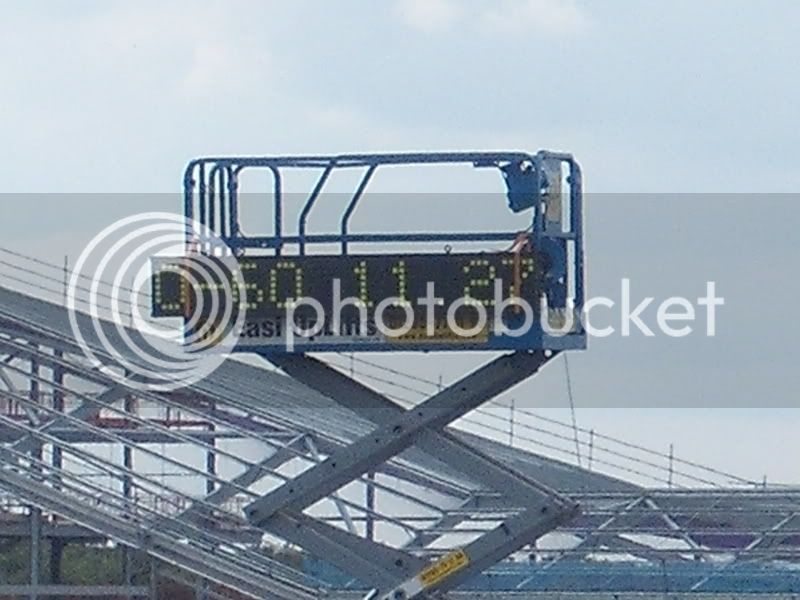 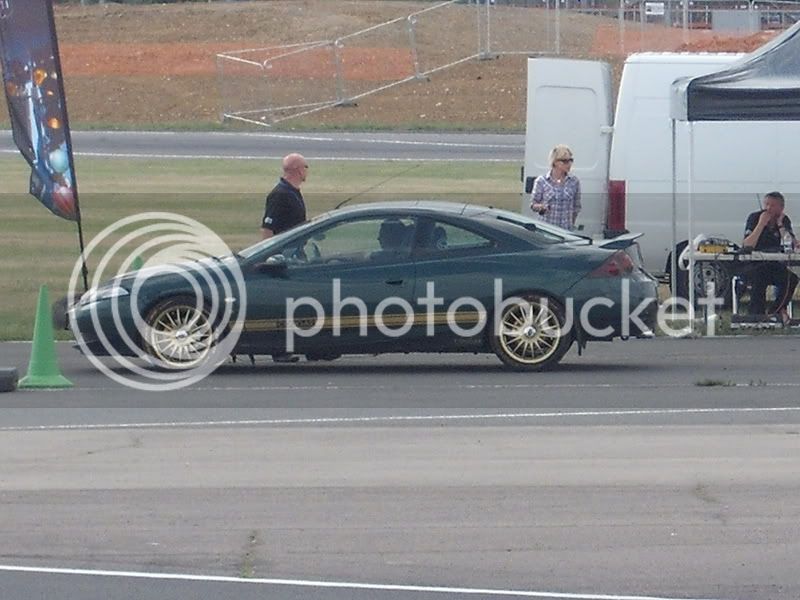 Close, but no cigar. 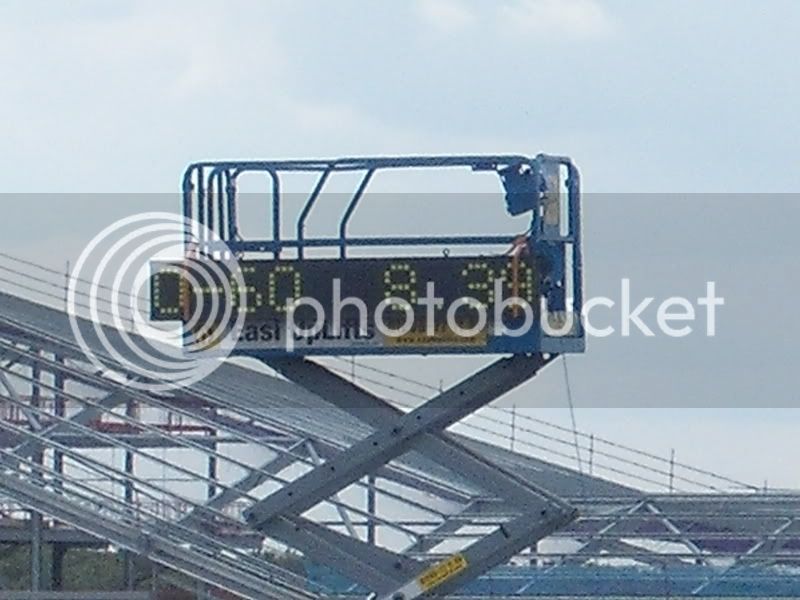 Me next, time to show them how it's done. 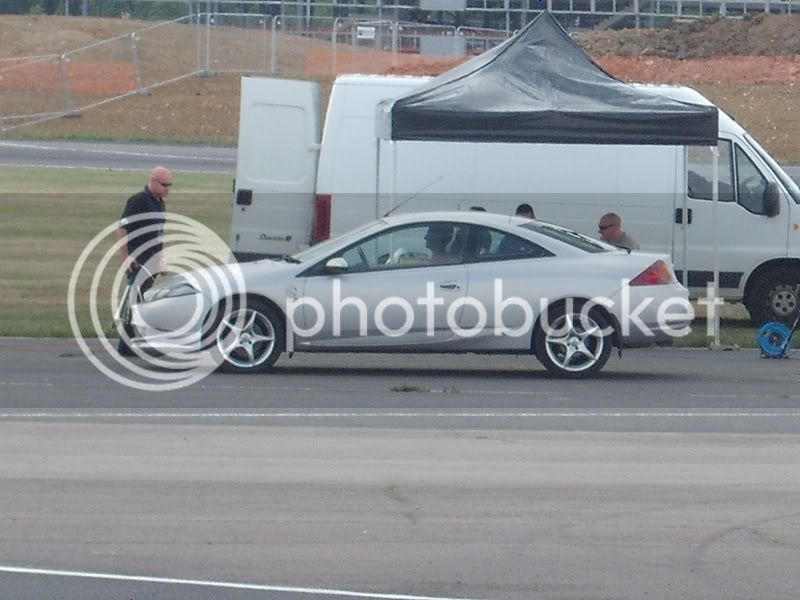 Well, still the quickest, but over a second slower than last year. 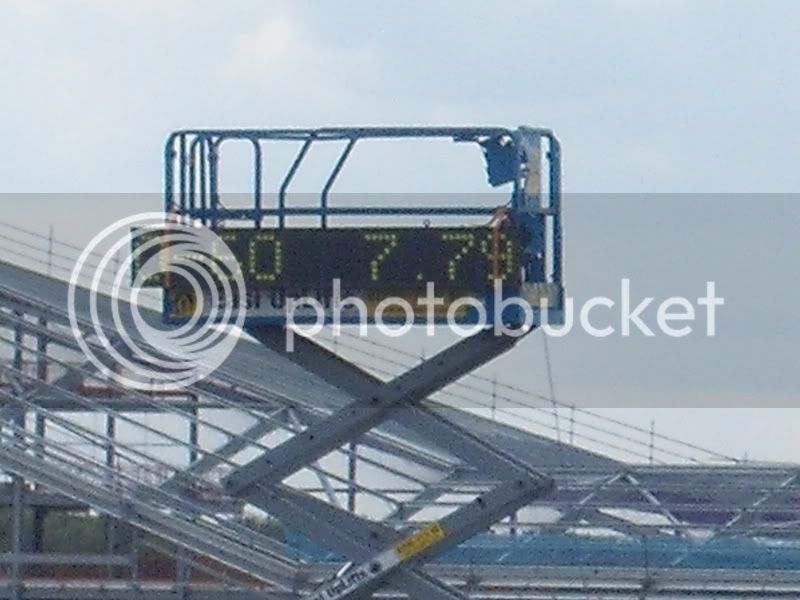 Si's (Scunnycougar) turn, would his police training shine through? 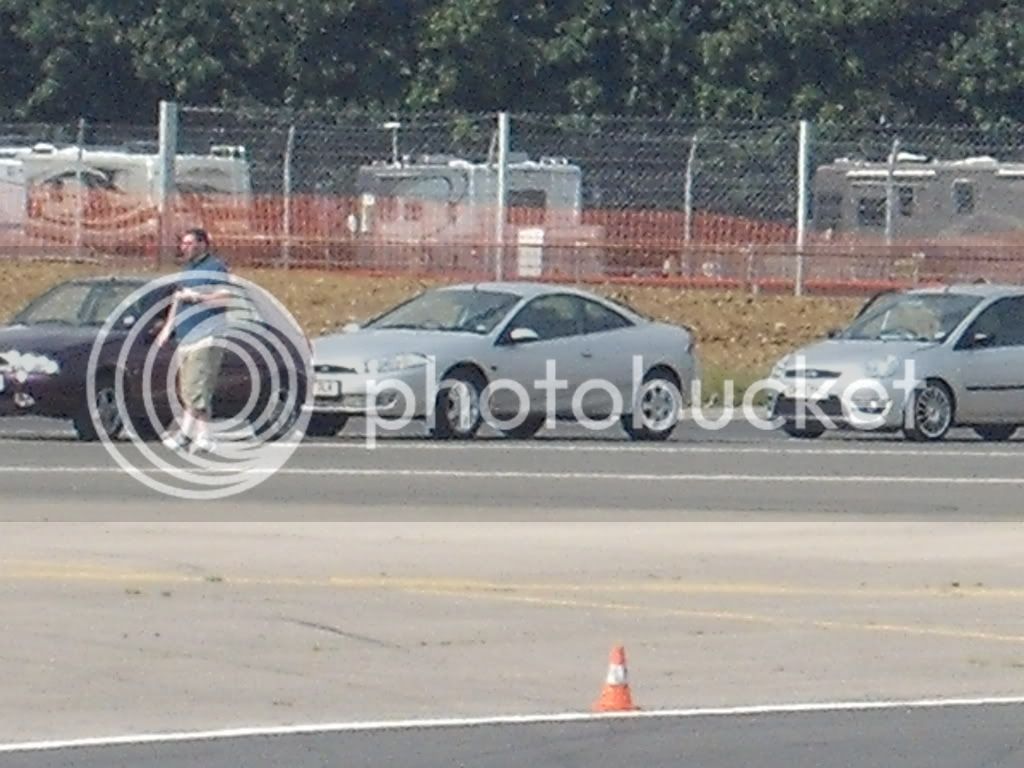 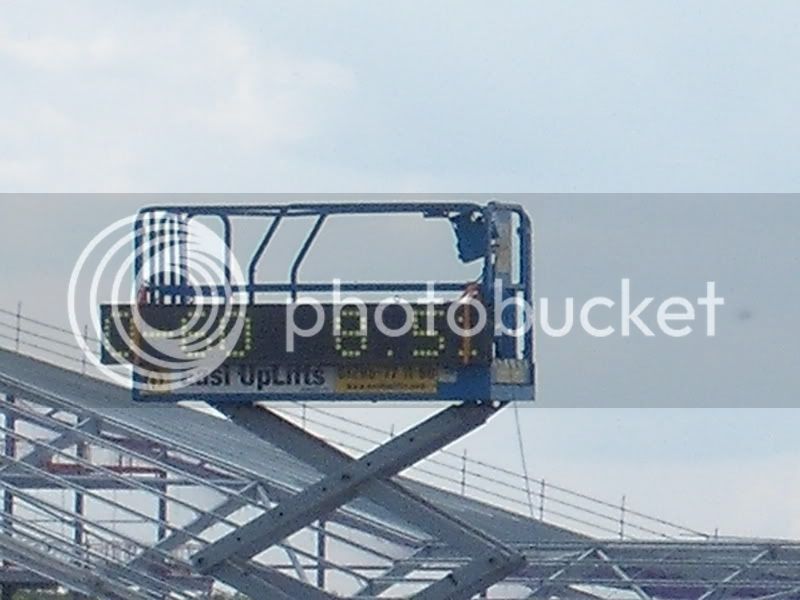 And so to Al (Pid-16v) much was made of the Zetec's lightness surely this would help in an acceleration test. 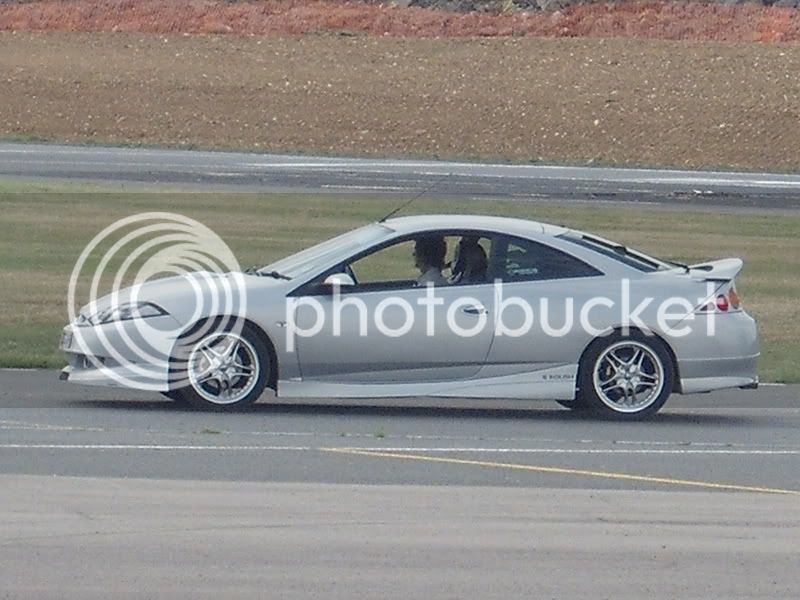 Oh dear, back to the drawing board. 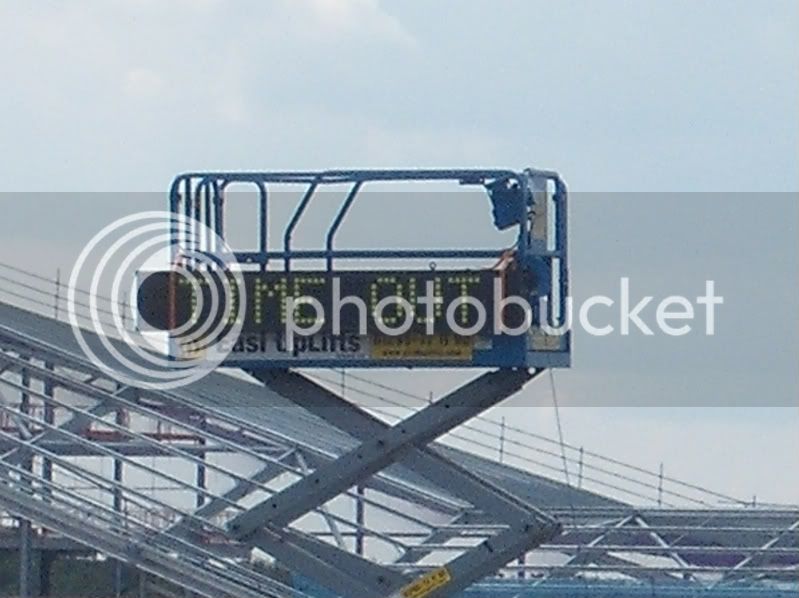 Nice set of pics there Steve - thanks presumably to Rachel

Yeah the heat definitely hampered the times, oh well, here's to next year.

Oh please bring on the wet I'll be up for that!

For a car as big as the Cougar, I would have thought anything sub 9 seconds is quick. Not the fastest car on the road by a distance, but the Cougar still holds her own with most things on the road today IMO, especially if they've had the odd mod or two along the way!
Well done to all you guys who gave it a go!

I think it was slightly unfair having a down hill slope for the test run!....I still reached about 75mph before the brakes came on, but must have started the clock by creeping forward, I'm sure in the real world my time was quite low realy

Mine deffo bogged down, seemed like the IMRC overheated, tried it today and it was much quicker, will have a bash at timing it tomorrow on LPG and petrol to see what the difference really is, next FF the bonnet will be up before the sprint and the headlight removed, ST200 TB fitted Nitrous jetpack and stribo pushing lol ;-) was good fun tho

ginja said:
I think it was slightly unfair having a down hill slope for the test run!....I still reached about 75mph before the brakes came on, but must have started the clock by creeping forward, I'm sure in the real world my time was quite low realy
Click to expand...

That surprised me aswell Matt, i always though these things were done on a level strip.

Great pic's, but totally surprised by the 0-60 times??? I would have thought that those running K&N, modified exhaust systems would have been faster. Maybe the heat didn't help, as I know mine runs alot better when it's gulping in plenty of cold air.

Great set of pic's Steve & Rach, hopefully may be able to make it to next years meet??

looksa like good fun, gutted i couldnt make it, would love to have a go at the 0 -60, howvere the mrs hasnt dropped yet so i'll have to make do for driving round town looking cool! lol definatley wanna try and make this next year

The problems i found personally were that i did not quite give it enough revs off the start. I was keen to avoid wheel spin, but it bogged down a touch.

The other issue is the coug should only do 58 in second gear and a gear change costs you between 0.3 and 0.5 of a second.

I changed up to third rather than risk staying in second, because as much as i wanted a really quick time - not at the expense of screwing my engine.

That said with it being a slight down slope i may well have got away with it.

If the queues had not been so long i would have gone again.

Think i could have broken the 8 min barrier if i had pushed harder but there is always the thought if my engine goes pop i'm walking home so I was a little tentative getting close to the redline. That said I thought the rear wing wouold have created alot more drag than it did so i am quite happy with a 8.27

Procomm said:
Think i could have broken the 8 min barrier
Click to expand...


I should flippin well hope so!

I blame the hill, heat soak and the knob driving

It's quite addictive too, I did 4 runs at Trax a few years ago, I could most definately smell warm clutch by the end though, it was a sweltering day then but the track wasn't downhill, I managed only 8.52.

Well done to all those who had a go, it takes some balls, not least because you have to drive it home.

Seems like some good fun! i really hope i can make next years! Great time Steve!! What mods do you have??

gav said:
Seems like some good fun! i really hope i can make next years! Great time Steve!! What mods do you have??
Click to expand...


Thanks Gav, I've got a K&N 57i, and a ST200 throttle body. Also have a quickshift, which I definitely think helps.

would agree about the heat not helping but i think in matt's favour it might have something to do with a c2?????

I cant wait to have a go next year if i aint working! Prob get abit addicted to it though.
My neighbour is going in his Mustang 4L V6 so will prob try and compete with him LOL!!
You must log in or register to reply here.
Share:
Facebook Twitter Reddit WhatsApp Email Share Link