Well as promised this is what turned up at work today. I heard a rumbling and I knew something had arrived it was only when i looked outside that I was stunned to see this beauty... 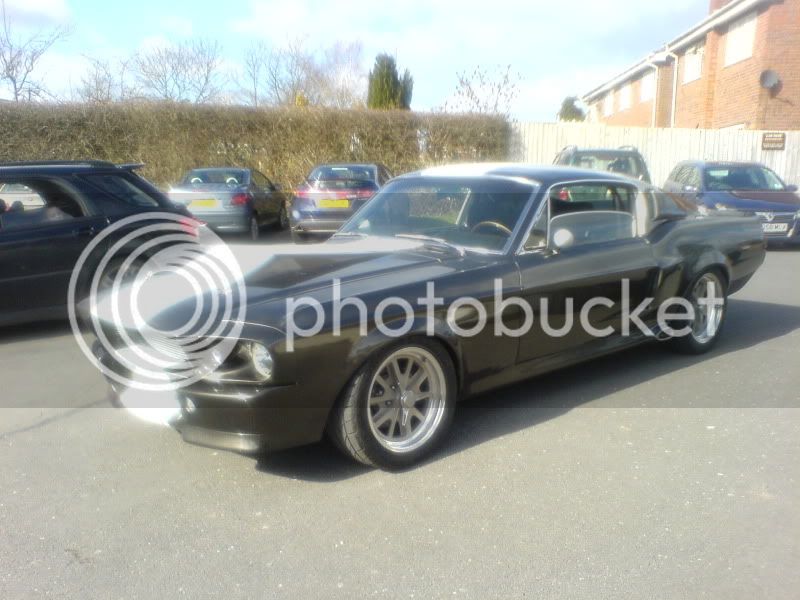 And parked up next to my cat too :ihih: 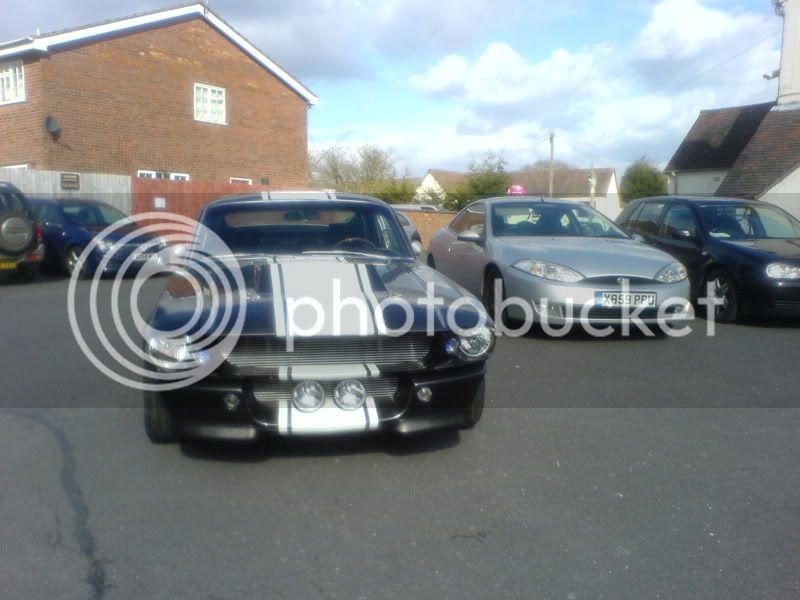 Turns out the owner had spent about $80,000 buying and importing the car from the states, dont ask me the spec but the boss did mention N20 in the mix
The same guy (an Indian chap) is loaded and owns about 15 luxury cars, the ones I know of are listed below.
Oh to have a garage like that

Tell you man i was drooling, unfortunatly I was too busy to get some decent interior pics (I didn't get a look inside) but the boss's daughter said it was plush leather. Just before he left the guy sat on the car park reving the engine, it was awesome
S

Stunning ! What do you guys think of the 2010 Mustang ? I can only dream of having one.

Am I missing something here? Think it's the second ugliest car ever made, next to the DeLorian :eek6::eek6: And I'm not a fan of 'pretty' cars.......
S

ScoobyRobbo said:
Am I missing something here? Think it's the second ugliest car ever made, next to the DeLorian :eek6::eek6: And I'm not a fan of 'pretty' cars.......
Click to expand...

Yes, you are. But beauty is in the eye of the beholder.

ScoobyRobbo said:
Am I missing something here? Think it's the second ugliest car ever made, next to my Scooby :eek6::eek6: And I'm definitely a fan of 'pretty' cars.......
Click to expand...

Yeh, next to the Scooby (or is it a Japanse Geisha girl) you drive! :yesnod:

Strictly speaking Matt, that's not the original Eleanor, as that was in the original 70's film of the same name.

Do they make any kind of Muscle Car kit car? I'm not really a fan of toffy old British sports cars, and you can only get a bit of muscle over in America, or Australia.
D

Yeah I can go with that

As a rule though, muscle cars look much better than they go, so you could build a muscle car looking replica out of a Lada and it wouldn't be any more useless on a corner than an original. Knock yourself out mate

I understand the Gone in 60 Seconds (remake) Eleanors (there were loads because no one car could do all things they wanted for each piece of footage - even ignoring the couple they trashed in the jump scene) had massive chassis modifications to get rid of as much of the muscle car engineering as possible and replace leaf springs with multi-link coilover systems, massive body stiffening etc.

It was all (including the bodykit) made by Total Control Products who had a website last time I looked. To be honest though, finding a useable 1967/68 shape Fastback, sourcing a manual gearbox and a rebuildable 428 Cobra Jet or even FE big block engine and buy all the TCP stuff to make it handle anything remotely like a sports car and not a Channel Ferry was going to cost as much as a proper modern supercar.

Given how truely awful the fit and finish of all the interior parts of 40 year old cars is, even the final product would be a bit nasty if being objective, so I dropped the notion into the "nice idea but I can think of a million better ways to spend that sort of money" category.

I'd build a top-end Cobra kit though. Either a Gardner Douglas Mk4 or De Dejion spec Dax Tojeiro would fit the bill. Even then to build it to a quality I'd be happy with would cost me around £36,000. For that, I'd probably rather have a bigger plane.

Interesting that mate, remindes me of the Aston Martin Vanquis in Die Another Day, they rebuilt about 5 of them with V8 power and 4WD otherwise it would never have been driveable in the action scenes on the snow, same with the XKR driven by the villan
You must log in or register to reply here.
Share:
Facebook Twitter Reddit WhatsApp Email Share Link