I just thought I'd share what I got up to last Saturday afternoon... My 30th birthday present last year from Joanne was an Aston Martin driving experience at Prodrive's test track near Solihull (not the big place you can see from the M40, as I first thought).

The cars on offer were a DB9 or DB9 Volante, Lamborghini Gallardo Spyder, Ferrari 430, 360 Spyder or 355, Porsche 911 (997 I think) Turbo, Audi R8 or Mini Cooper S (???). Joanne correctly guessed that I'd want the DB9, but I can honestly say my next choice would have been the R8 if the Astons weren't available. You could also pay £40 for a passenger lap in an Ariel Atom with a bloke dressed as The Stig.

You start off with a passenger 'sighting' lap in a Subaru Impreza - I'm afraid I still don't see the appeal - to show you the lines and braking points. You then get four laps of the 1.5 mile circuit in your chosen car. Yes, it's seemingly all over in the blink of an eye. Yes, they let you put your foot down, in fact the positively encourage it. Yes, the car was everything I hoped it would be and yes, it was a birthday present I absolutely loved and will remember as long as I live.


Passenger lap in the Scooby Doo 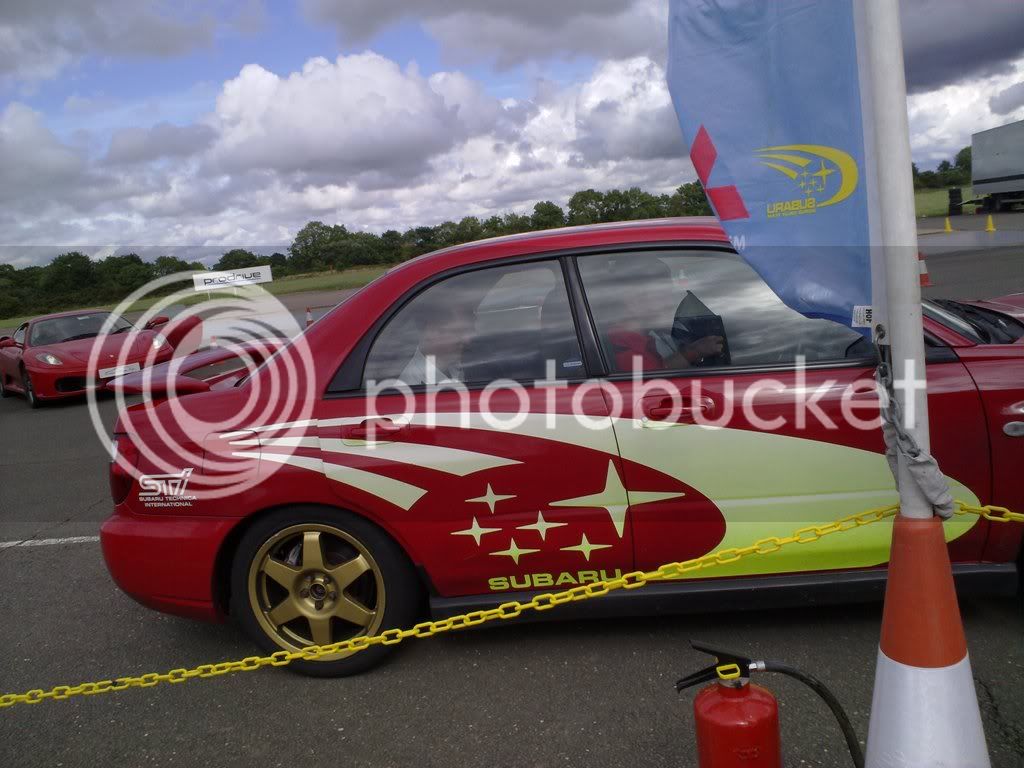 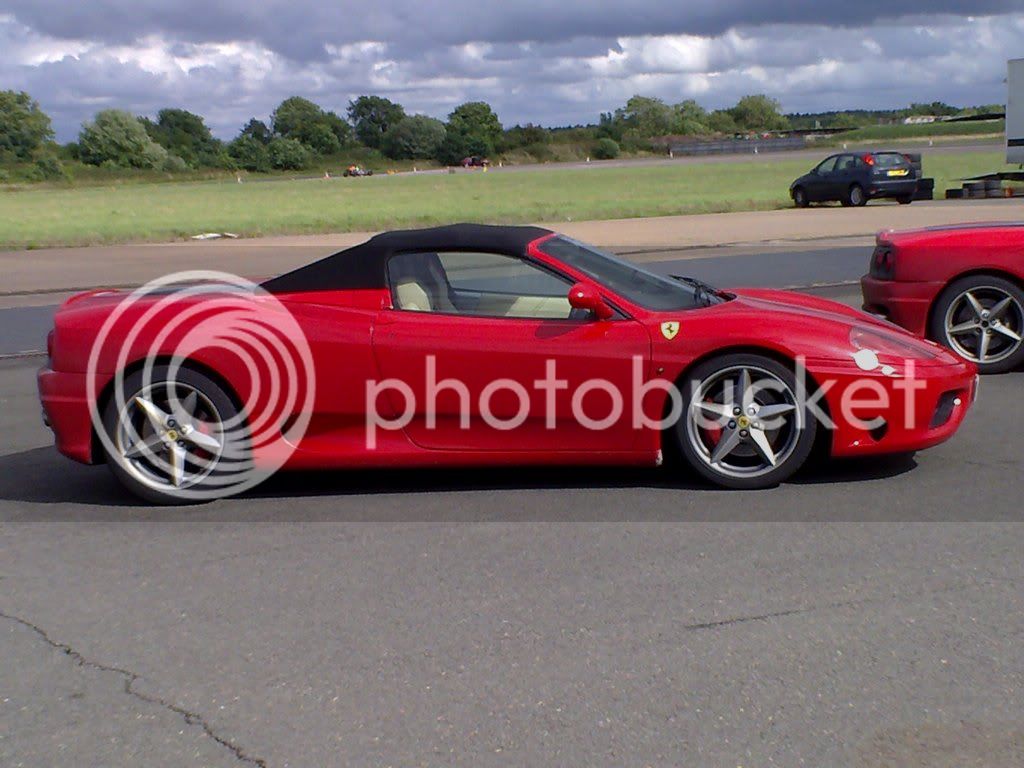 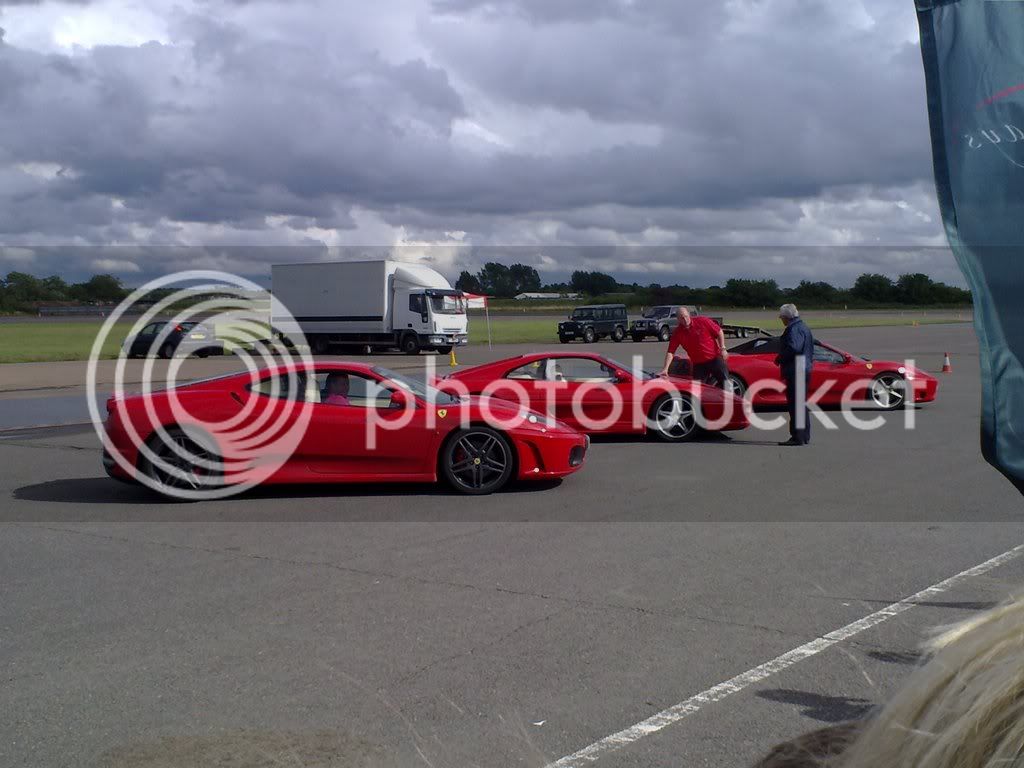 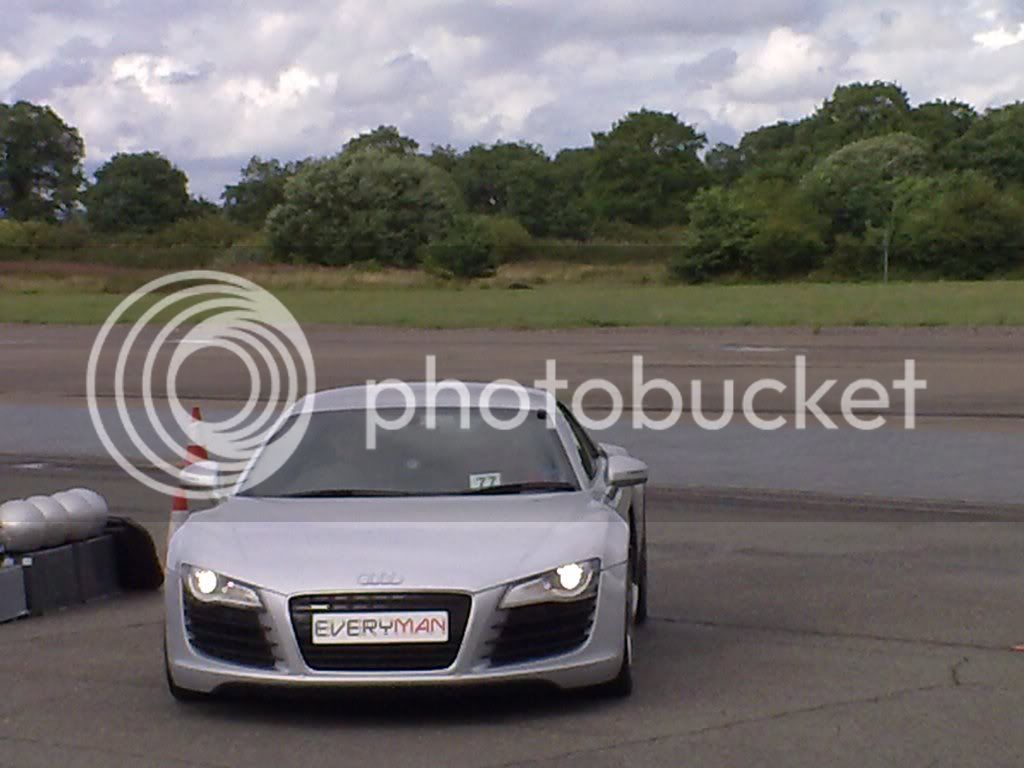 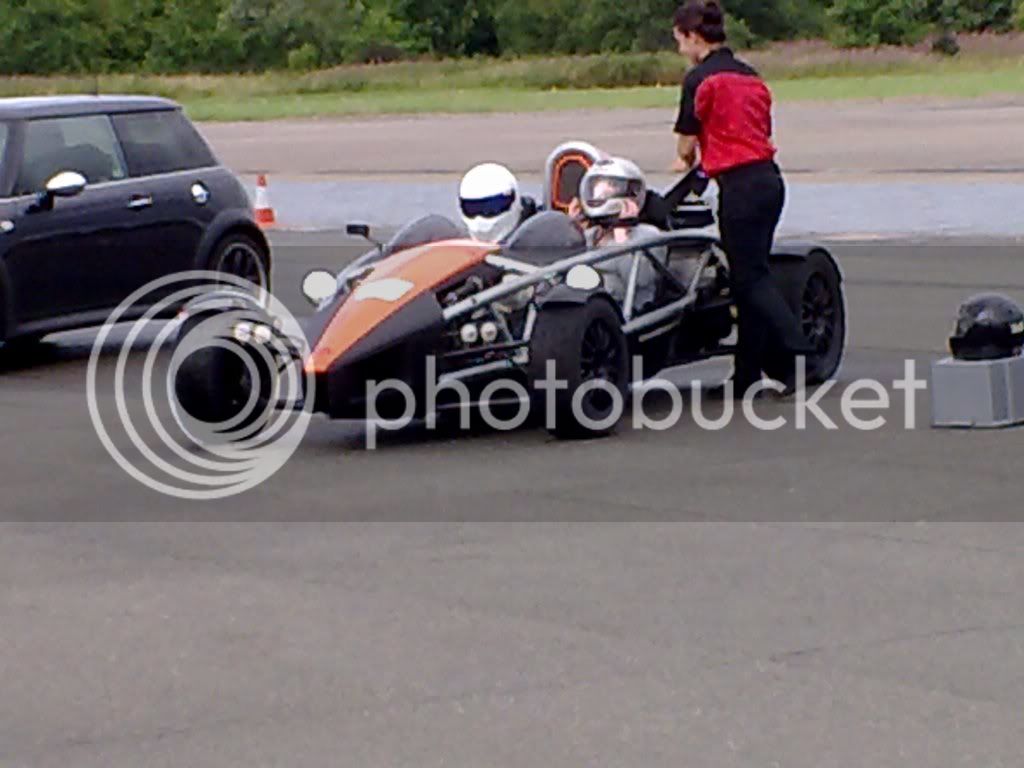 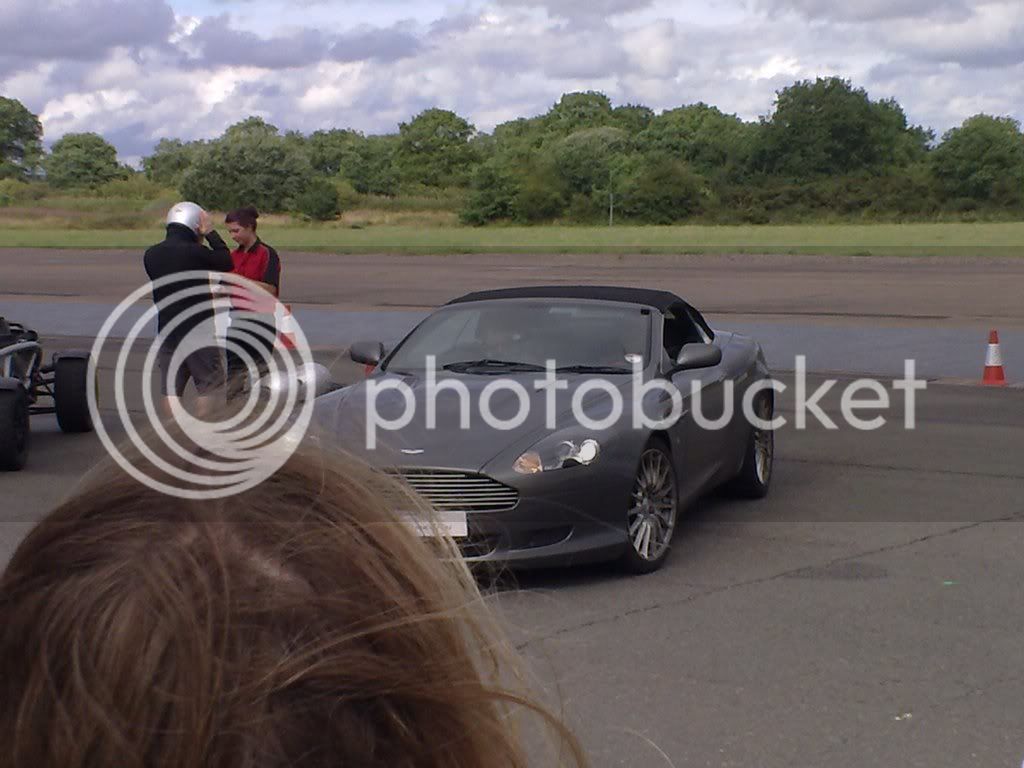 Lucky me, just about to get into the car of my dreams. 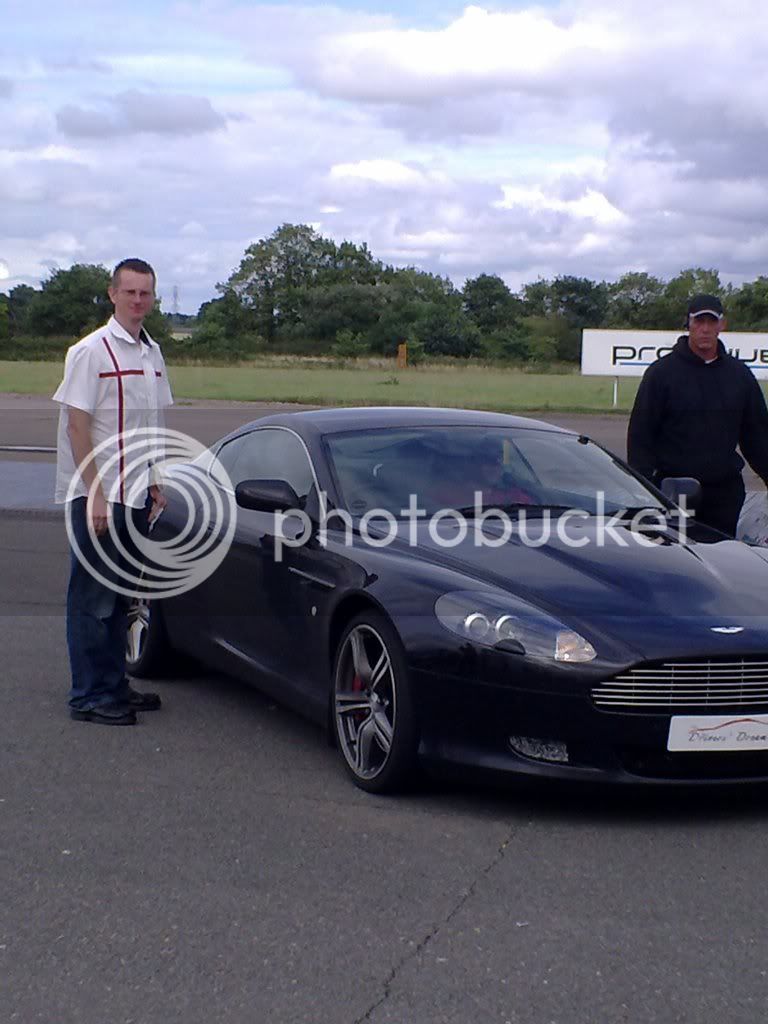 Pulling away, struggling to comprehend that I'm actually driving an Aston. 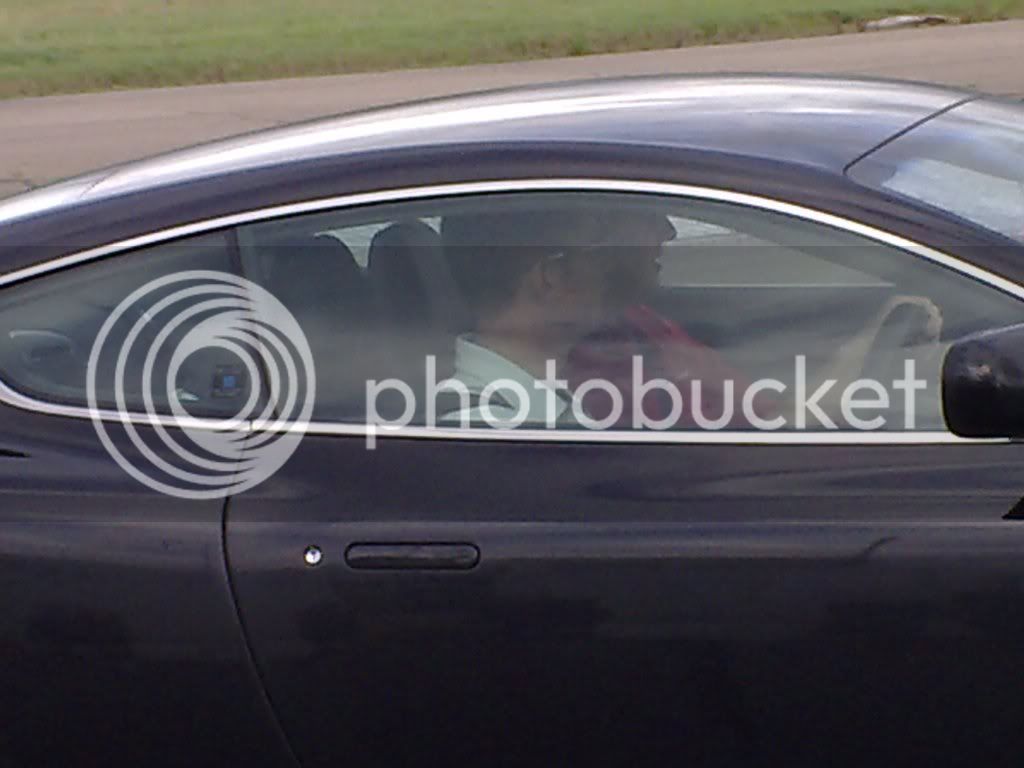 Coming back into the pits, seemingly moments later. If they'd let me, I could and would have stayed out until it ran out of petrol! 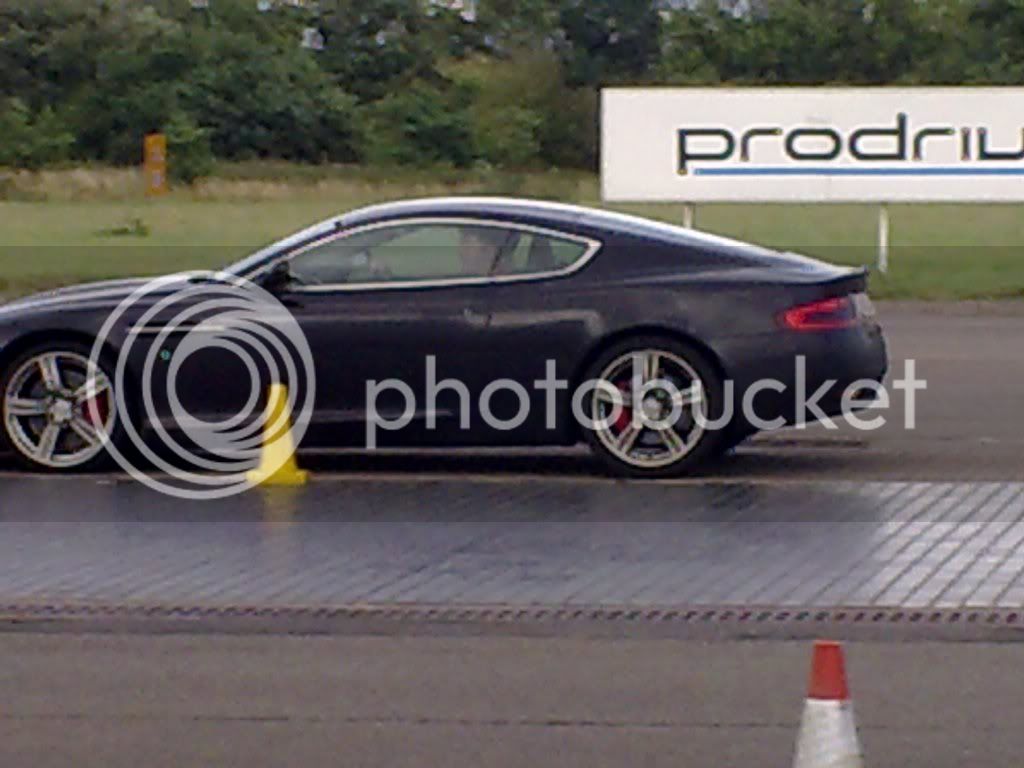 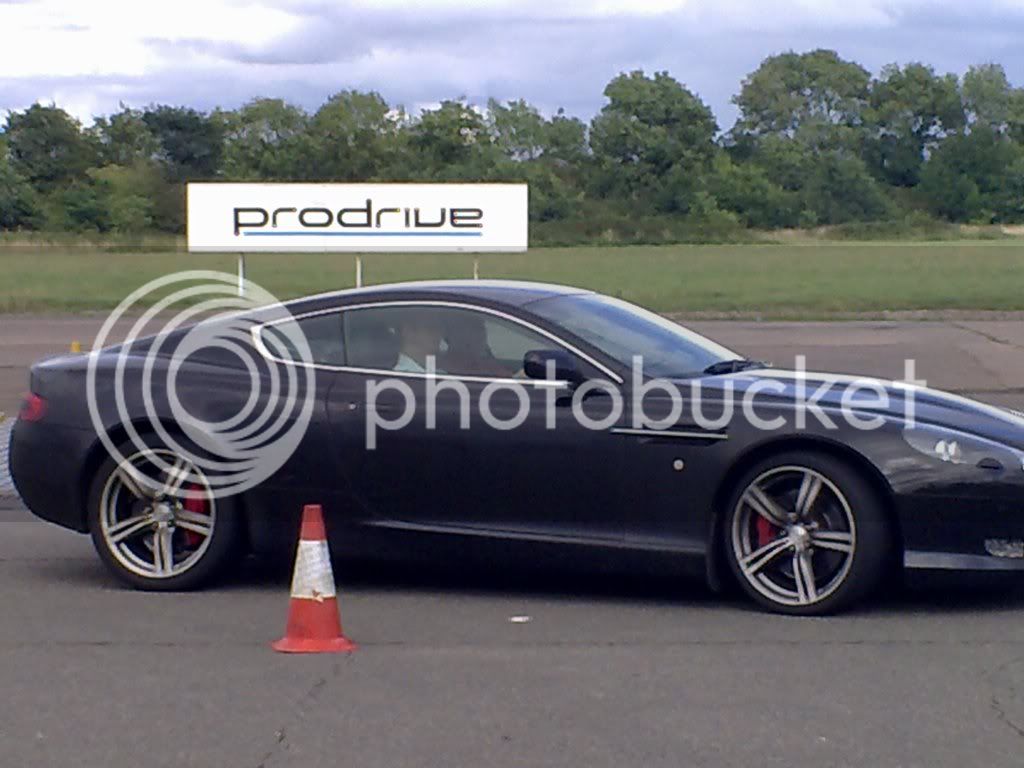 And out I get. I firmly believe that, at this particular moment in time, I was officially The Happiest Bunny On Earth. 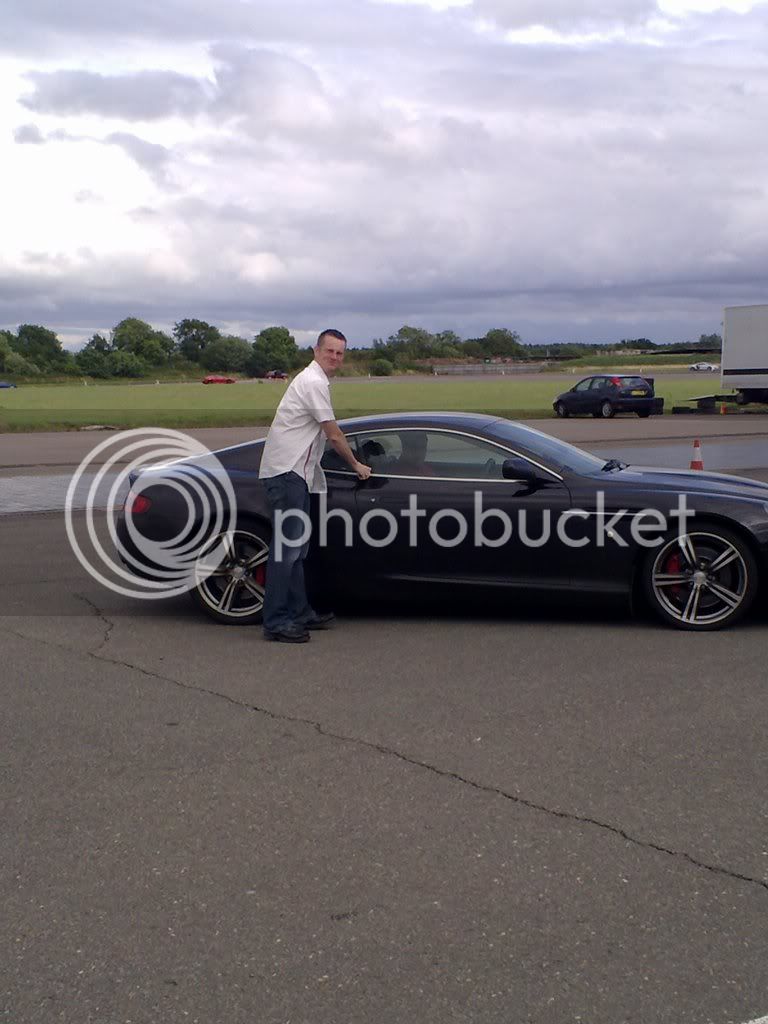 all you need is some bird with no clothes on sat next to you offering various non-commital experiences and then you could take yourself off to heaven.

Nice one Rich you deffo looked pretty thrilled there mate nice bday prezzy as well.
B

How did it compare to the Cougar?

everton2004 said:
How did it compare to the Cougar?
Click to expand...


I'm sure some people will think I'm strange for saying this, but it was like the Cougar but... more. The car itself has similar dimensions and feels how I'd imagine a Cougar to feel if you built one from a blueprint but used the very best, cost-no-issue materials. The Aston was obviously far, far faster than a Cougar but the acceleration felt similarly smooth. It's a deceptively fast car, in that it doesn't feel snap-your-head-back quick but then you steal a glance at the speedo and realise just how fast you're actually going.

We all want different things from our Cougars, but for me it's the good looks, a feeling of luxury (and I know some will scoff at that, but I think the interior of an x-pack Cougar is a pretty nice place to spend time, even if the overall build quality leaves a little to be desired) combined with a healthy amount of power under your right foot but the ability to potter serenely when you want to. The DB9 to me is the ultimate evolution of that formula - a stylish, plush, comfortable gentlemens' club on wheels with a healthy dose of power when you want it.

Chuffed for you Rich, that will be a lasting memory.

You lucky sod Rich, that would certainly be a dream for me...but unless I buy myself the chance, then I shall never get the chance. Shame it's just only 4 laps, they could at least give you 6. But at least you have lived the dream and got the pic's to prove it. Nice one bud.
S

Lucky man Rich, DB9 is one of the coolest cars on the planet.

That test track is one of the best kept secrets round here, I had to look on google Maps before I found the place (its near Kenilworth) 6th Gear have track days there too.
S

You're a lucky bloke Rich, I get to drive an Aston V8 Vantage, and a Ferrari 360CS in the next couple of months, a 40th birthday present from my family.

Aston Martins are wonderful cars. I'm going to treat myself one day. I did fancy a DB7 Vantage, but now V8 Vantages and DB9s are down to the £40k sort of mark, so perhaps in a few years once I've moved house I'll be able to afford one of those instead. I'd love a V12 Vantage but I can't see the 2nd hand values dropping so much on those.

You're absolutely spot on in your appraisal too in my opinion. They're beautiful, hugely capable GTs which are at home round town as they are blasting down mountain roads or munching miles on the motorway. The big attraction of one to me, personally, over a Ferrari (which I think are also fantastic cars) is that you don't look like a plonker driving one around town which with the Ferrari you kinda do.
You must log in or register to reply here.
Share:
Facebook Twitter Reddit WhatsApp Email Share Link