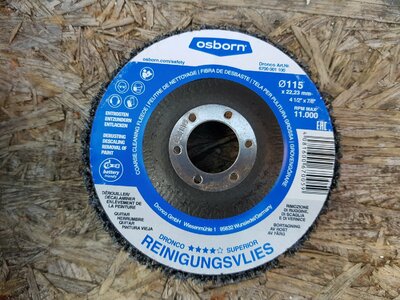 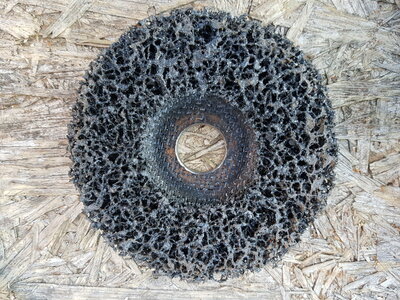 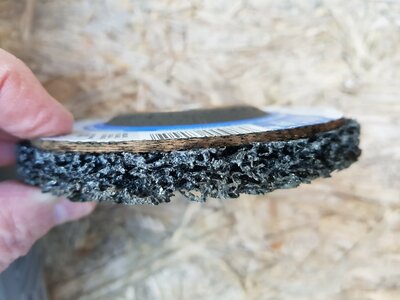 I was looking for a way to clean up an old oscilloscope trolley before painting, for use with my welder, and spotted these on YouTube :-


The above should be self explanatory, but essentially this is a polymer fibre disc coated in a resin containing abrasives. This one is a 'Coarse Grade'. It should clean without cutting away excess metal and produce few sparks unlike the conventional grinding disk below. 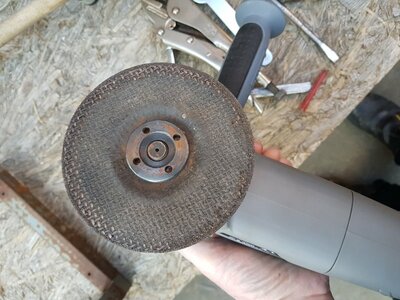 I'm using a 'cheap as chips' Screwfix sourced grinder that probably should have a smaller 4" 100mm disc, so I had to remove the guard ( consider my wrists already slapped ).

The downside of this disc, was that it was harder ( but not impossible ) to get into the corners of the frame I was trying to clean and that after a few minutes, the disk started to shed material, so eye protection here is vital. The video does say that you only get 20 minutes usage out of a disc and I probably did better than that. When I thought it was used up, I kept getting more and more cleaning out of it. The hub of my grinder is probably not ideal and some sort of bush / spacer would have helped to keep the shaft from touching the workpiece, although that really was not a problem.

However, judge for yourself, but I think it did a great job and only took a half hour or so. Wet and dry or wire wool would have taken forever, a standard grinding disk or even a sanding pad / disc would have cut the metal too much and needed a pass with a fine grade to get a nice finish. I refuse to put a wire brush on a high speed grinder, that is lethal. I once did this and when the wires broke off they went right thru my thick jeans and into my legs. I hate to think what would happen to an eye ( shudders ). It now looks like a quick wipe down and I will be able to prime / Hammerite the frame.

In conclusion this is a consumable and the time saved and quality of finish make this very worthwhile. I'm giving it 5 out of 5.

Cost is £8.49 including P&P and arrived very quickly. Avoid the clown who sells them for £6.90, they don't turn up after two weeks of your time has been wasted and then you just get a refund and no opportunity to give stinking feedback...

Available on eBay, various sources ( see thread title for search keywords ), but I'm trying the branded ones for a start. Might try some cheapie ones later as a comparison.
I'm thinking of trying these on bodywork later, as may be kinder to older, thinner, paintwork...

Here's my trolley before and after ( what do you mean, did I fall off it ? ) 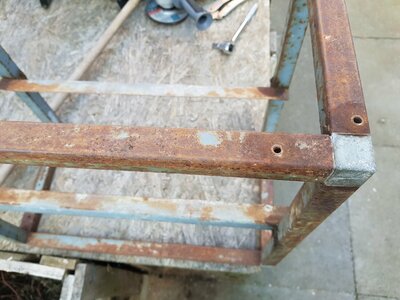 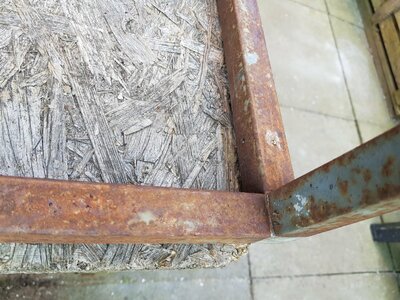 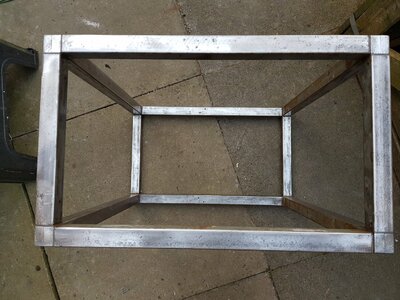 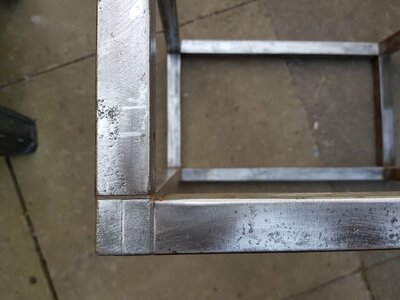