After meeting up at Martin's, along with Andy (Diver) who collected his divers suit and bits, and Adam (Cougar Adam) who swapped some parts with me, we transferred some tools from our cats into Martin's van and set off to get this ST200 block out.
Nice day out, eventually warming :ihih:
So here we go...
We Start by getting the job sussed, bearing in mind, we don't have a hoist or any type of lifting gear Rob and Martin intend to manhandle the complete V6 into the back of the van.
It was about at this time when Ian and Jaqui arrived for a wheel i had taken for their cat. 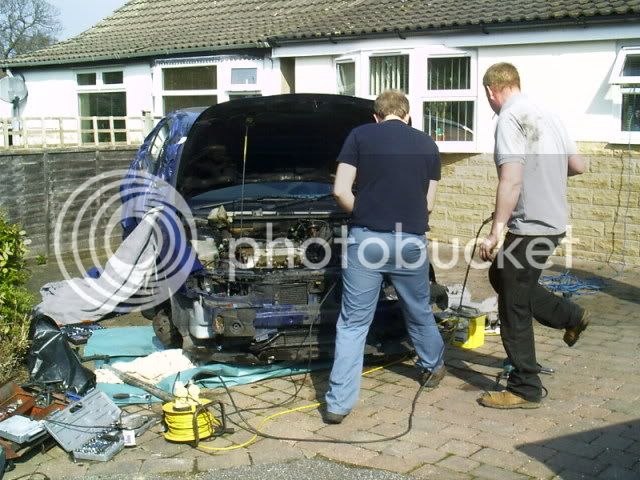 .I agree mate, thats the way to do it. 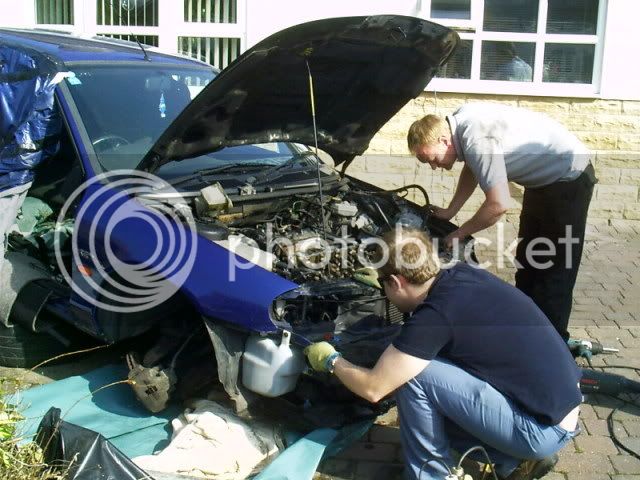 .What's it called? a recipricating saw?? 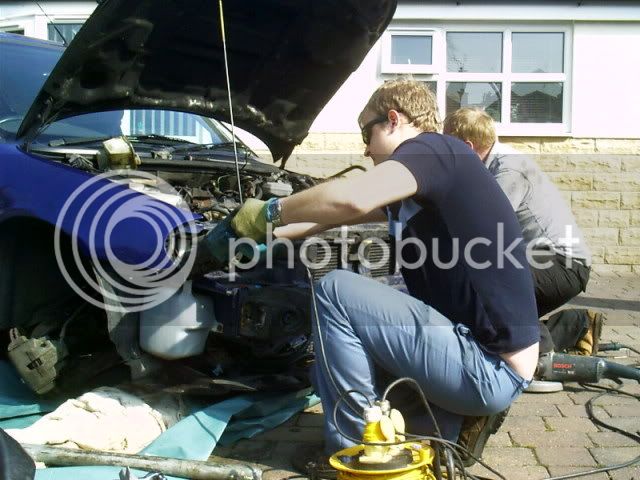 .Make sure you get that bit there Rob 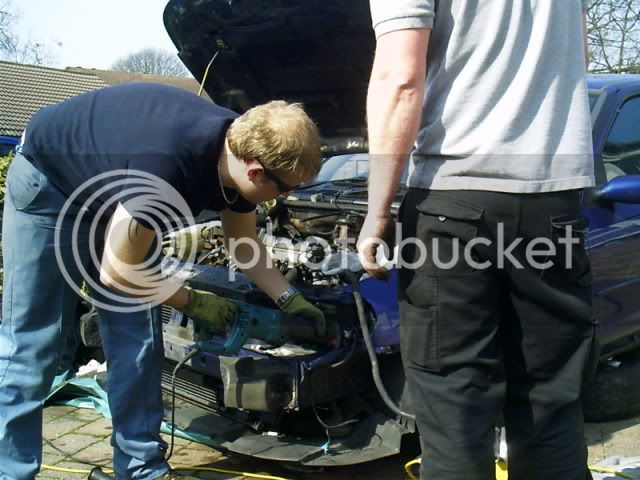 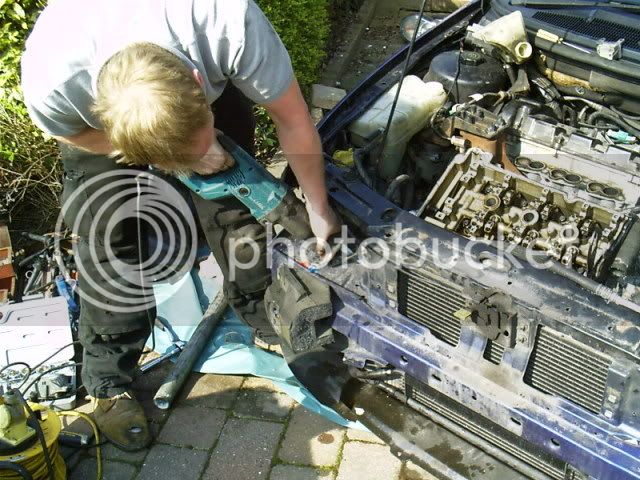 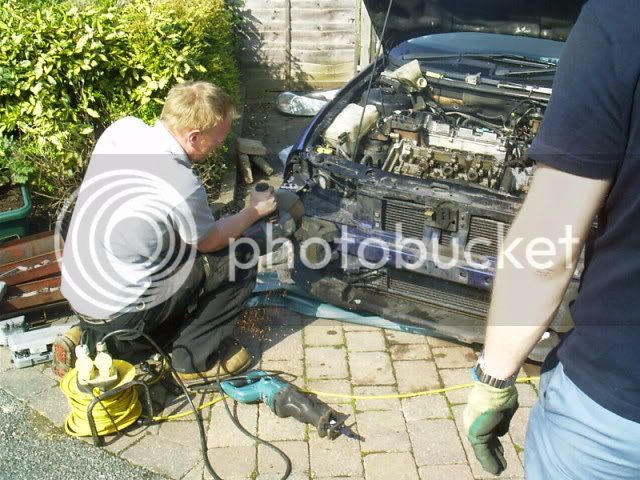 .
Sparks don't seem to show up very well in sunshine 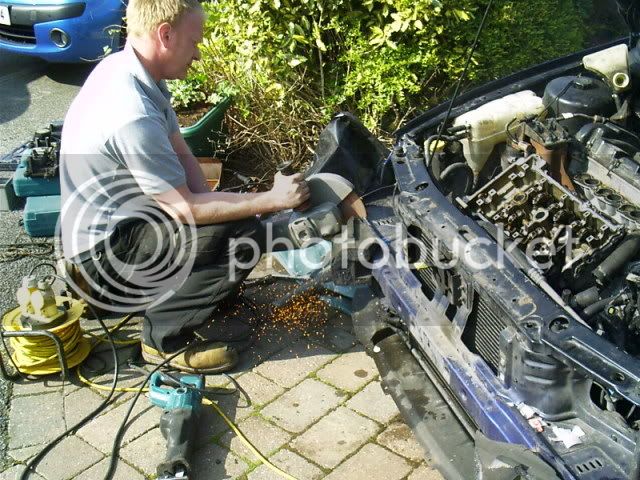 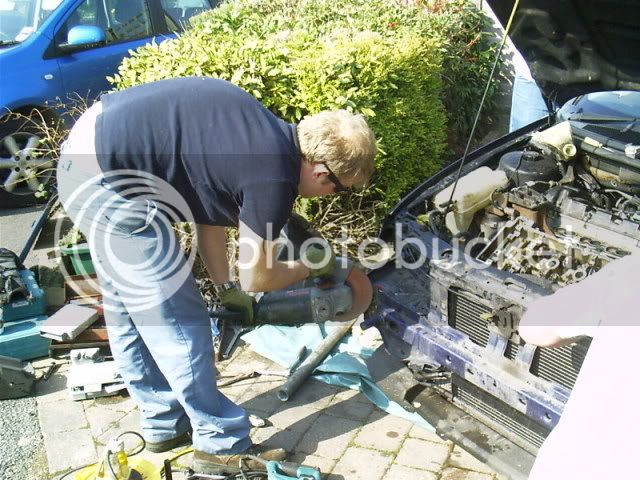 .
You can tell he's really concentrating, ...while Martin and myself have a tea and smoke break
It was about at this point, one of us realised that the slam panel also supports the bonnet stay bar :frown2: :yikes: 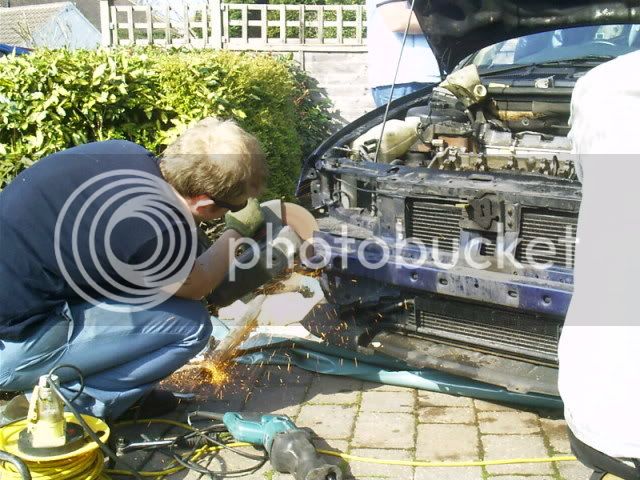 .
Thats enough cutting to enable the slam panel to be bent forward, but watch out for those sharp edges guys... :nono: 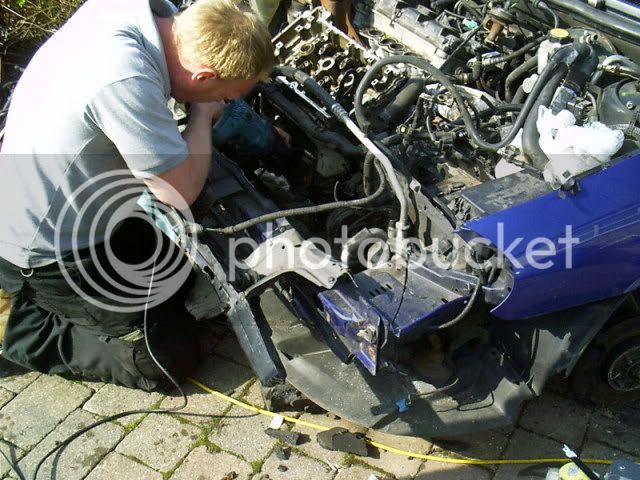 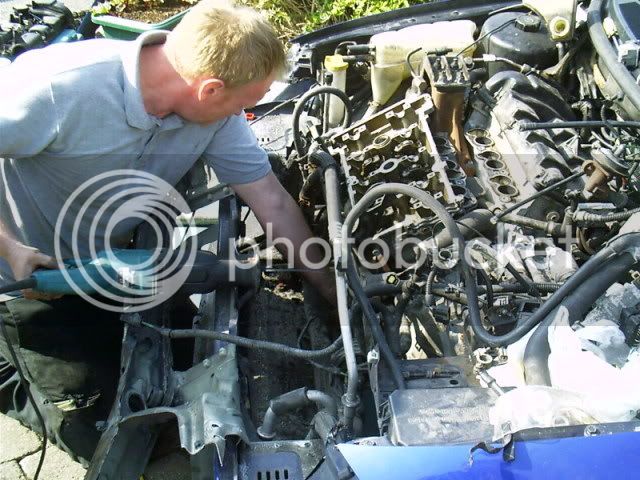 .
Now for the front crossmember..... Rob finds the angle grinder/cutter 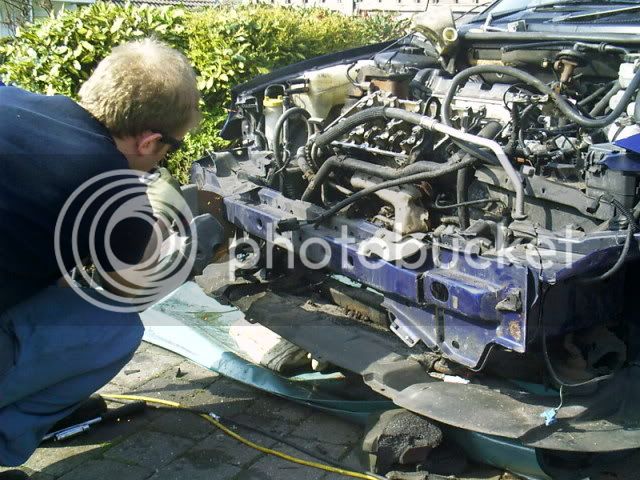 .
Martin cuts some more, while Rob contemplates his next move 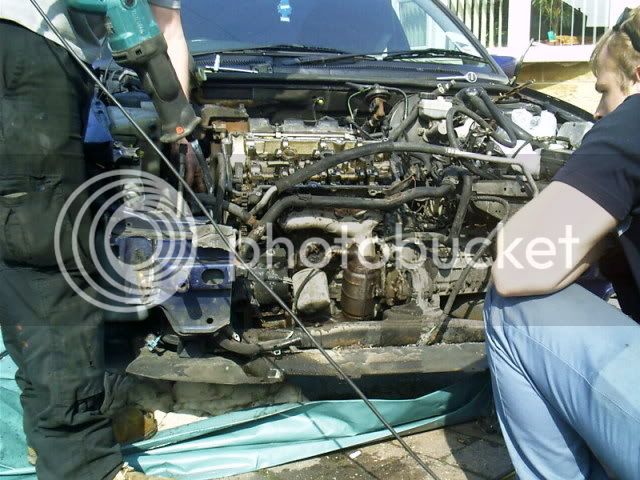 NOW! What did i say about those sharp edges :eek6: 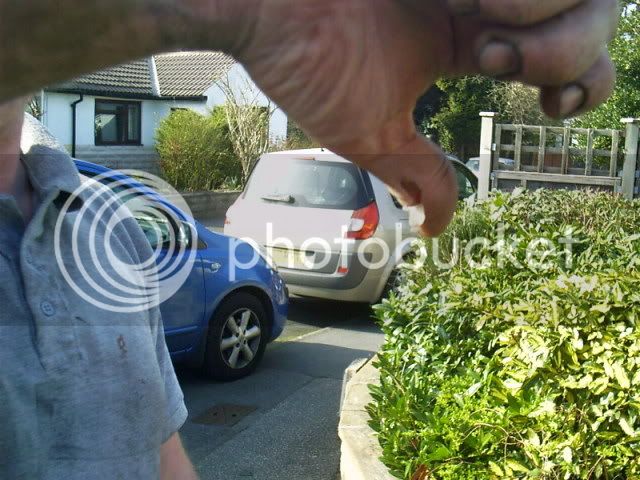 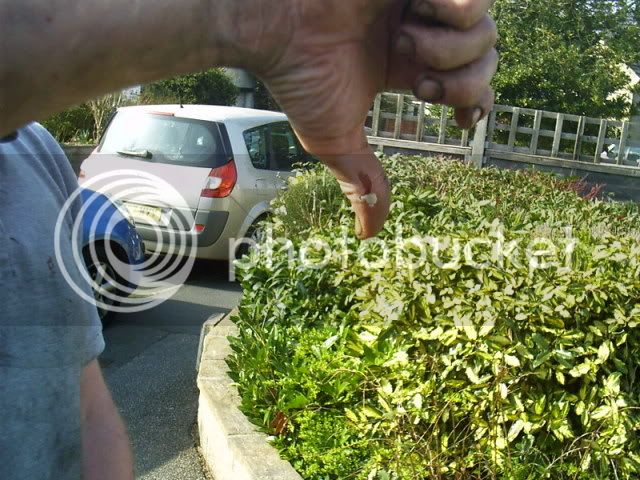 .
Everything is eventually out, including, engine oil and gear oil :eek6::frown2: 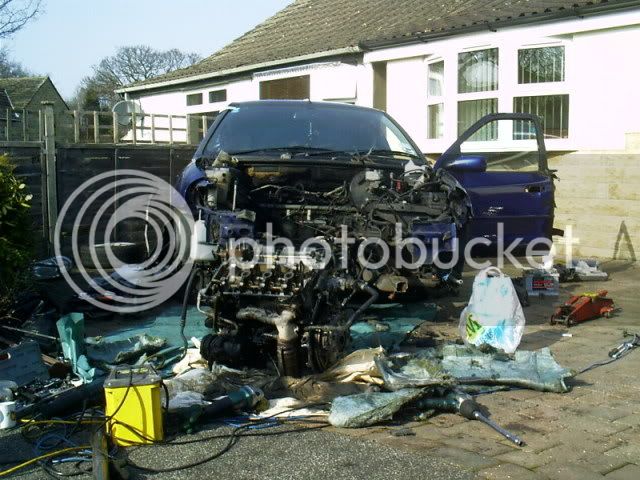 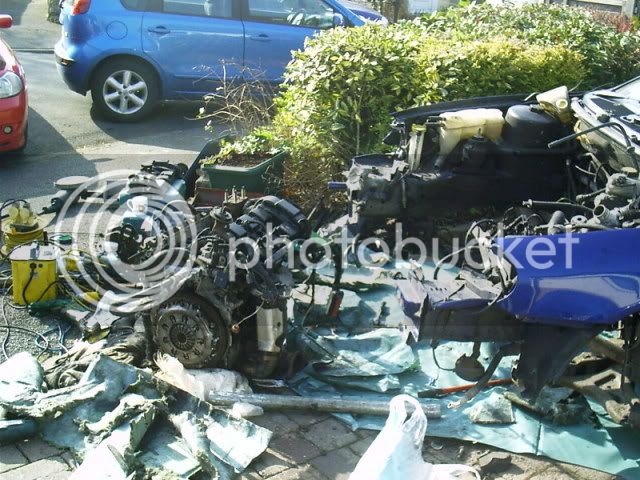 .
Oh well, chuck a bagfull of catlitter down, that'll shift it 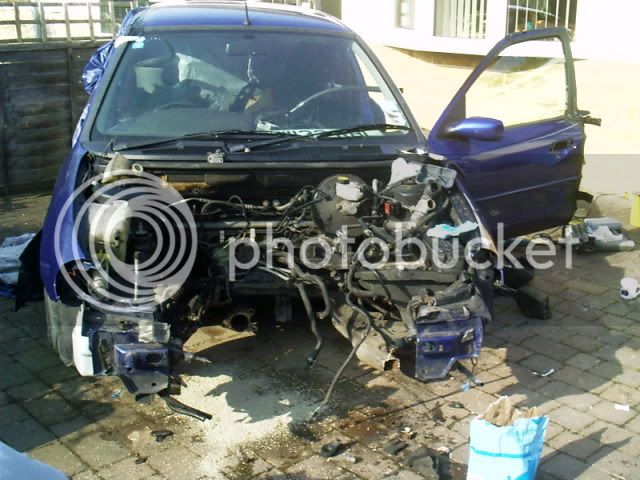 .
All tooled up, Rob won the sweep 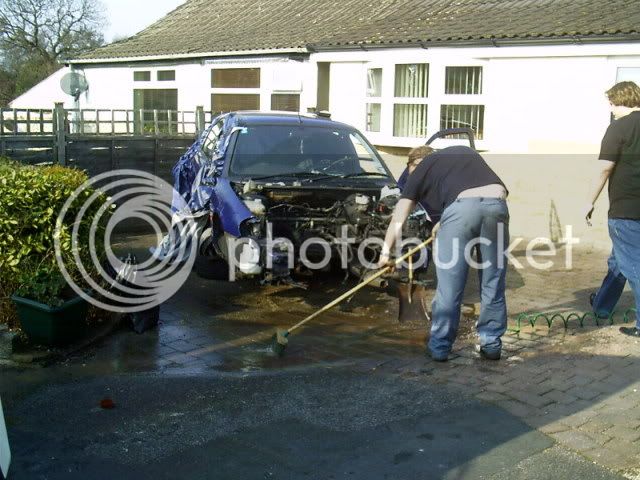 Cracking Pics Al.. I could get used to this cut the car front off to get the engine out.. So much easier than an engine crane

Good to see everyone and nice to finally meet Martin. See you at the refit if not before mate
F

..and you cleaned the mess up afterwards Rob :wink5:

falcon said:
..and you cleaned the mess up afterwards Rob :wink5:
Click to expand...

...but we got out before it dried out Colin :ihih:

Nice to know it can be done propperlree lads
P

Thanks again for your help lads, couldnt have done it without you both.
Nice to meet you at last Rob, and Alan, its always a pleasure:smile5:

Dont know what hurts more this morning, my hangover, my thumb or my back..that is a hell of a weight to be manhandling..but shows it can be done. A pallet truck would have been ideal for this to drop the engine on to, wheel it away and give you a bit of a start getting it into a van.

Looking forward to fitting the thing..but, as much as i enjoyed this removal method..when it comes time to get the engine out of my Cougar..i think i'll use a hoist.:wink5:

so there you are we lifted 104kg a piece!

South coast in a cougar

good stuff lads,sorry i couldent make it :incazzato:,hopfully see you at the fitting
P

Excellent ... now put it back, the lads changed his mind.