Information on the Awesome Cougar-S Concept!! 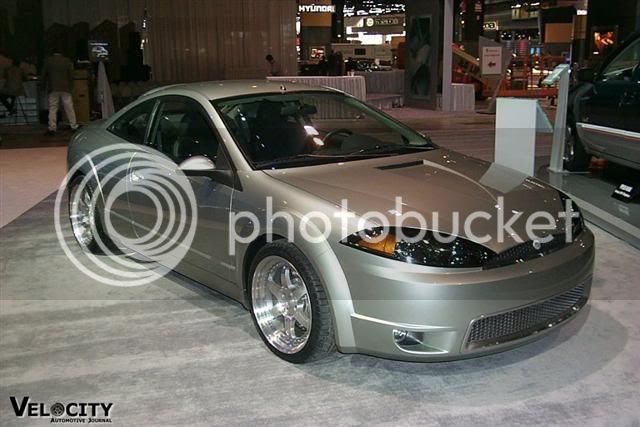 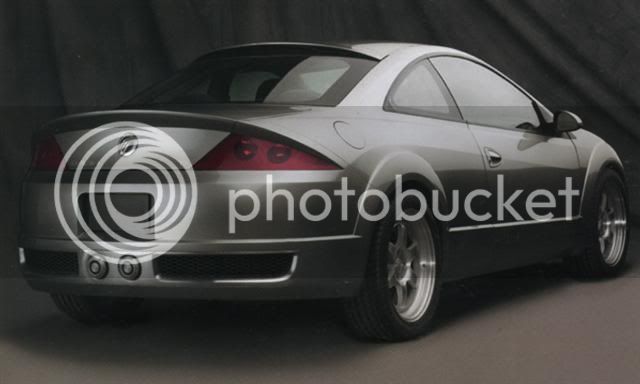 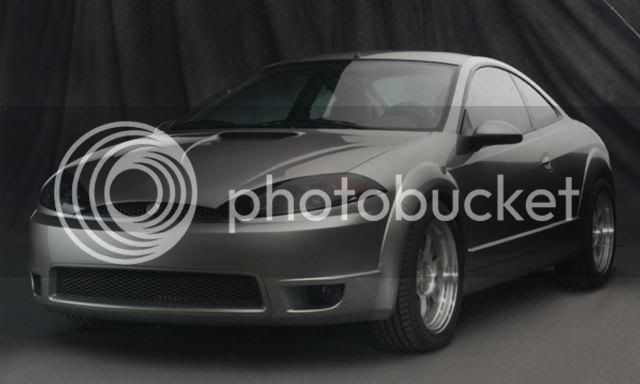 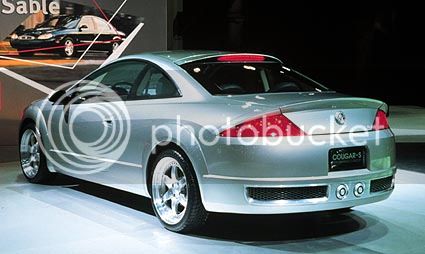 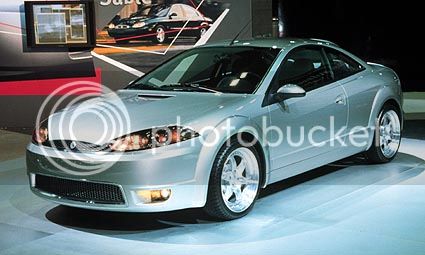 The 1999 Mercury Cougar S concept prototype is the product of Ford's Advanced Design and Special Vehicle engineering team. It is an impressive and aggressive package that would have made the Cougar S one of the hottest pieces of equipment in the rapidly expanding sport coupe market. Its unique body is sleeker, lower and wider than the production Cougar, with special lightweight front and rear fascias. Sitting one inch lower and with a front and rear track that is 3 inches wider, the Cougar S concept incorporates a comprehensive aerodynamic package for optimal performance. The concept's exterior presentation is a no-holds-barred performance package highlighted by the large rectangular air intake in the deep front air dam for improved cooling with fog lamps cleverly integrated into scoop shaped recesses. The sides of the concept experimented with extended rocker panel side skirts and curvaceous crisp wheel arches. The distinctively flared fenders cover large 18" specially built 2-piece 6-spoke alloy wheels wearing 235/45ZR-18 Michelin Pilot SX tires. Inside the wheels impressively large Brembo brakes from the SVT Contour demonstrate how seriously Mercury was taking its performance. With 13.1" front discs and 11" rears Cougar S has stopping power to match its uprated power and handling capabilities.

Matching the concept's increased horsepower and improved AWD handling characteristics required meticulous attention to detail from Ford's aerodynamicists. The Cougar S concept has two spoilers, one on the conventional decklid location and another that is integrated with the rear window header . At the rear a new fascia with integrated exhaust pipes flanked by rectangular air vents continues the front air dam's theme. A very Euro-style radio antenna on the windshield header gives a cosmopolitan touch that well suits the image of the Cougar S concept.

The interior features a pair of leather covered Recaro racing seats with unique materials throughout, in addition to the special steering wheel, alloy clutch brake and accelerator pedals. The functional changes are matched by unique graphics on the instrument cluster.

Had the Cougar S been put into production, it would have been a dream come true for "tuners and tweakers." The Cougar S is powered by a modified modular 24 valve V-6 Duratec prototype engine. This strong breathing engine at 3.0 liters is a half liter larger than the production counterpart. It is fed by a modified intake system that feeds cold air through a functional scoop at the base of the wind screen. With available SVT modifications, the motor is capable of over 400 horsepower. Mounted to the modular Duratec powerplant is a drive line taken from the all wheel drive Mondo prototype - A drive line developed in Europe for the Mondo but never put into production. A 5 speed MTX-75 viscous drive, limited slip manual transmission is specially designed to accommodate the drive line.

Even three and a half years after its introduction the Cougar S concept remains a timely expression of the trend toward hot sports coupes. The Cougar S concept is in essentially showroom condition, with excellent exterior paint and an unblemished interior. With Ford's decision to discontinue the production of the Mercury Cougar, the Cougar S concept is the final Cougar Concept. The original Cougar concept (1962) and the MC2 concept (1994) still belong to Ford Motor Company, and are stored in a warehouse in near the Ford Design Center in Dearborn, Michigan. The MC4 (1997) was sold by Ford in 2002 for $775,000 to Ralph Lauren. The Cougar S concept represents a rare opportunity to own an important piece of Ford design history created by J.Mays, the most celebrated Automotive designer of our time, who may become the most acclaimed ever.


If you're interested in buying one or both of the spoilers go here!

...do you think they'd swap me one of thoze bad ass's for mine?
That is one awsome piece of machinery...

can you actually buy one of them? i didn't think they bothered to make them in the end :? are there any pics of the underneath of the car, want to see how they routed the exhaust :twisted:

No you cant, and the exhaust is just routed under the spare tyre well like mine. :wink:

Shagmonkey said:
No you cant, and the exhaust is just routed under the spare tyre well like mine. :wink:
Click to expand...