What to do with a Duratec!!!

OK now everyone can see them :wink: 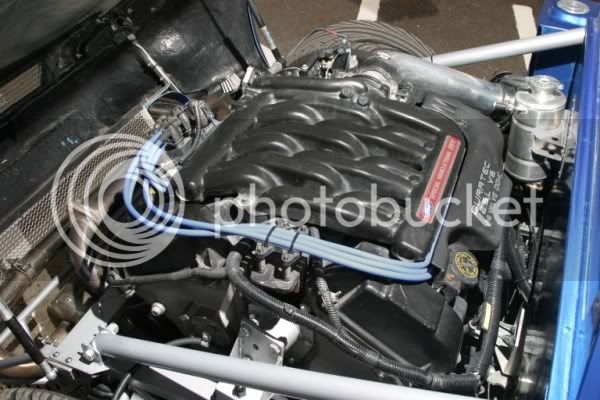 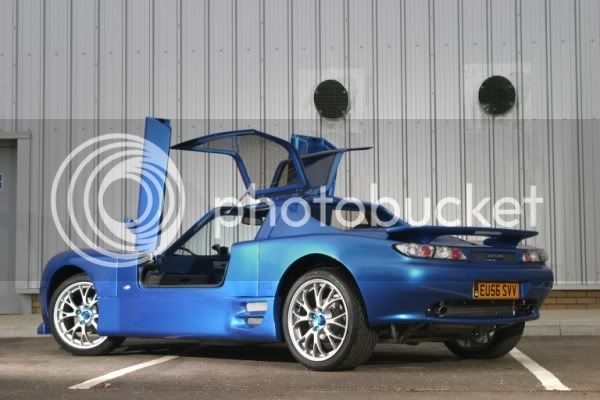 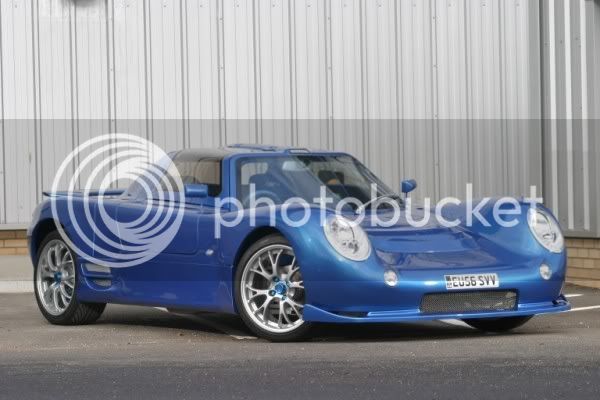 It works if you copy and paste the links straight into your internet browser address bar :wink:

Looks nice, take it the engines at the rear, don't look much height on the front to fit the lump in.
V

What is that? Looks abit like an Ultima GTR....

Its an Aeon, chap just signed up too, dont think he's a full member but i'm trying to persuade him! The duratec is an ST200 with the top ends imported from something else they use in the states (cant remember) :roll: but he's done away with the 2ndaries cos it only weighs 850kg and pushes 202bhp with an ST24 throttle body!!! (Told him to get an svt one quick sharp)

This is the owners club, apparently with only 6 members i'm told
http://www.aeonownersclub.com/

Why did he remove the secondaries? That completely defeats the purpose of the variable length inlet tracts. Some people must think the Chartered Engineers with qualifications and expertise in their field matching any surgeon who designed these engines did so like computer games with hidden levels to find.

Doesn't matter what it weighs - it's still a better torque curve with them than without them :roll: :roll: :roll:

People wouldn't pull out stitches after an operation in hospital to improve on their surgeon's handiwork so why do they feel qualified to "improve" on engines designed by highly intelligent, highly educated and highly experienced Engineers who know infinitely more about engines than they ever will?

All i know is, jamie that on the rolling road it made a difference cos it runs with a lightened flywheel, and this improved response and eliminated the hesitation when they open :wink:

It's just a total waste of effort running it like that. If he wants single length tracts he should siamese the inlet ports and fit a 6 tract 3.0litre type manifold instead - the kind the ST220 and Jaguars use.

There's no advantage to using the 12 tract manifold unless making use of it's low-end capability. If you're only wanting ram wave tuning for a high rpm then the 6 tract manifold is the one for the job...

how do you get in, commit intimate indecency to one of their member and then they take a vote ?

jamie_duff said:
It's just a total waste of effort running it like that. If he wants single length tracts he should siamese the inlet ports and fit a 6 tract 3.0litre type manifold instead - the kind the ST220 and Jaguars use.

There's no advantage to using the 12 tract manifold unless making use of it's low-end capability. If you're only wanting ram wave tuning for a high rpm then the 6 tract manifold is the one for the job...
Click to expand...

As soon as admin register him you'll be able to tell him yourself!!! :wink:

Not my cuppa as someone would say....Give me a NOBEL thanks 8)
R

Each to their own, but I would probably prefer a NOBLE rather than a peace prize

Greetings guys, I thought I would stick my head in here and see what goes on.

I am the builder and (part) designer of the Aeon GT2. It was primarily designed as a three seater (GT3) but I found it too cramped for my ... erm .... adequate proportions so I redesigned the chassis for two seats. The bodywork is a one off - I started with the original kit and basically changed every part to suit my choice of styling, making bucks and moulds accordingly.

Regarding the UIM comments, they were found to complicate the mapping too much and started a 'pulsing' in the power curve. I put this down to the very low weight conflicting with the original engine design which is for a car nearly three times the weight (which is often why auto boxes have so much trouble when stuck in kit cars) The engine was stripped of all the emmission friendly stuff and I got right back to basics using nothing but the crank sensor to spark up the MBE ecu. After 4 hours on the rollers I ended up with 202bhp and 180 ftlb which isn't bad on an ST24 TB - the power curve is really smooth and gives good power from tickover to redline (about 7800rpm). Anyone know where I can get my hands on an SVT TB so I can explore the full potential of a 2.5 litre?

Performance is quite good too - 0-60 is a tad over 4 seconds! but the real bonus is driveability. Around town it is really well mannered but ram the loud pedal down and she really goes!!

Great forum guys - thanks to cyrano1127 for introducing me
V

Congratulations on completing your project RazMan, I bet it is stunning to drive!

So let me get this straight... Do you lot just get an engine, then build a body and chassis??? So the car can look however you like???

Sounds like a lot of fun anyway! Do you have room for the Jaguar style inlet manifold there?
R

The Aeon GT has been available as a kit for a few years now, and I was one of their first customers. One of the attractions for me was the fact that the company was happy to help me in building something quite different to their original design. I quite liked the concept, I absolutely LOVED the handling (test drive around Brands and then on public roads) but the styling was rather '80s' in my opinion so I wanted to radically restyle it. I have since sold the design back to the company and I am now helping them develop a new gull wing door which will incorporate electric windows.

I didn't really have a clue how to start so I basically started trawling the internet to find tutorials about fibreglass construction. I am a graphic designer by trade so I knew what I wanted to aim for .... just lacked the practical skills to do it. Two years later, after a steep learning curve, my car has been to many shows, was published in national magazines, local papers and I was finally awarded 'Complete Kit Car Reader's Car of the Year 2007' so I was really chuffed. Not bad for a first timer eh?

My choice of engine was largely due to my aversion to anything with just 4 pots - but the next project will have an Audi 4.2 V8 :twisted:
R

Sounds like a lot of fun anyway! Do you have room for the Jaguar style inlet manifold there?
Click to expand...

There is a racing version which has the Jag engine installed - 330bhp and 0-60 is 2.9 seconds!! It does however mean that the throttle bodies protrude through the engine cover but what a noise! The guy who built it is a real perfectionist and custom made his own 'equal length' header system which is no mean feat in a middy.
P

be better off with a NOBLE :roll:
J

be better off with a NOBLE :roll:
Click to expand...